After graduating from Manhattan School of Music with my Master’s degree in June 1975, I remained in New York City for a period of two years. I had been living away from my parent’s home in Yorktown Heights, New York since the late summer of 1974, when I took over a room that my classmate Wayne Church had rented from an elderly lady named Claire Heft. It was a large, spacious room in her apartment on the 8th floor of 40 West 84th Street, very close to Central Park West. I had bathroom and kitchen privileges, and I rented it for $75.00 a month. My parents bankrolled me for that final year at MSM, and it was much more convenient than having to make the long commute back and forth each day, which I did for four years. Needless to say, my graduate year was much smoother and more focused because of my new living circumstances. I spent most of the next two years in that apartment. In the summer of 1975, with the help of my friend Harry Searing, I was hired as a member of the customer service team at the G. Schirmer Retail Store, which for many years had been located at 4 West 49th Street – just off of 5th Avenue. I was part of tam that included Harry, Don and Jodi McGeen , Jim Ferriaulo, and Susan Gifford. We essentially answered telephones, took orders, checked on back orders, and filled in for the regular floor staff when they took lunch. I worked there for a period of two years, more or less successfully. I had my share of mistakes, mostly of my own making, but due to understanding bosses and a desire to de better, I survived. I’ll leave the full details to my memoirs, and stick to my musical life.
Musical life during these two years was sketchy, as I no longer had the school to fall back on for performance opportunities. The big city was, and is still – a jungle, where survival of the fittest is the operative term.
In this case, the key was to get musical work to supplement one’s day job salary. I was a at a disadvantage on two counts – one: I was not a show drummer, so there wasn’t much for me that route; second: I had no political contacts, or “godfather”. I studied with the best musicians in the business, but they were themselves a little outside the New York musical scene politically. 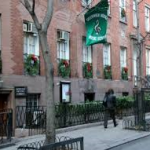 Nonetheless, I did a bit of playing with an orchestra that was based at and supported by the Greenwich House Music School. Three times a year, the conductor Mike Bartos would gather a group of about fifty musicians together for a series of rehearsals and concerts, and I must say, the orchestra was quite good. The instruments that I had to play on were quite a come-down from the Hingers and even the Ludwigs – they were a pair of turn-of-the-century hand-tuned timpani, with low iron tripods. They were so low, that one had to sit on a camp chair to play them. I will say this: they were very good instruments, despite their age. The percussion teacher, Howard Van Hyning, kept them in good repair. They had Remo clear heads on them, and I really learned the use of t-handles and how to quickly re-tune the instruments every time I used them.
I played a lot of repertoire on those drums – Brahms’ Second Symphony; Beethoven’s Third; Schubert’s Third; Rimsky-Korsakov’s Capriccio Espagnol; Wagner’s Prelude to Act 1 of “Die Meistersinger”, just to name a few.
Among some of the more interesting gigs I had were some rehearsals and concerts with a group called the New York Symphony. The conductor was a young fellow named Thomas Ludwig and they had rented a set of Hinger timpani, including a 31 inch cable drum which I enjoyed using. I did not know that the orchestra was fronted by Rev. Sun-Yung Moon’s Reunification Church, and after a semi-disastrous concert at Yankee Stadium, I stayed clear of that group, as did most of the musicians involved.
The Greenwich House Orchestra kept me fairly busy during the period 1974-76 and I learned much from playing on hand-tuned timpani. The orchestra experience at Greenwich House led to my eventual removal to my first big professional 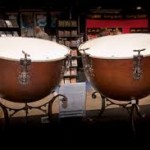 position in Albany, although that came about gradually. It started with what was to be my final concert with them. Mike Bartos had scheduled an extravaganza at Town Hall in Manhattan, and he invited the conductor of the Vermont Symphony and the Dartmouth College Symphony, Efrain Guigui to conduct the first half of the concert, which included the ‘Overture to Italiana in Algieri” by Rossini, and a work by Jacques Ibert. The concert concluded with Beethoven’s 5th Symphony, conducted by Mike Bartos. Guigui (everybody called him by his last name) stayed to hear the Beethoven and was extremely impressed both by the orchestra and by my timpani playing. The orchestra had rented a decent set of Ludwig Professional Symphonics for the concert – and it was nice to play on pedal timpani again!
Guigui came up to me after the concert and complimented me highly – he called me “another Saul Goodman”, and said that if he ever had a chance to use me in Vermont, he would. I must admit that I became a little uncomfortable with all those compliments and while I thanked him as politely as I could, I put them out of my mind. It turned out that that I really did impress him, and that he was to make good on his promise to “use me whenever he could up north.”

The Town Hall Concert with the Greenwich House Orchestra took place in June of 1976. Later that year, in early November, I got a call from Guigui. I was at my post in the customer service center at Schirmer Music when Susie, my immediate boss told me that there was a fellow by the name of Gigi on the line for me. It took me a second to realize that it was Guigui, and I was astonished that he remembered me. After some pleasantries, he got down to business. He needed me to come up to Hanover, New Hampshire to play some rehearsals and a concert with the Dartmouth Symphony, the college’s orchestra, Since Mike Hanachek was the student timpanist, I’d be playing percussion in

Rimsky-Korsakov’s Capriccio Espagnol – specifically bass drum and cymbals. It was an all-expenses paid deal, something I was not used to, but of course I accepted, and a few days later, having gotten the necessary leave from work – I have to say that they were extraordinarily accommodating at Schirmers – I was on a Greyhound bus to Albany, where I changed to a Vermont Transit bus which took me the rest of the way to White River Junction, Vt. I was met by the young student manager of the orchestra, Morris Block, who drove me to the Hanover Inn – where I had a large room and bathroom all to myself. I felt like I had died and gone to heaven.
Meals were taken at the Inn, and I had time to look over Hanover and enjoy a chocolate “frappe” – the New England term for milkshake.
Rehearsals were great, as was the concert. I liked working with Mike, and Guigui was very glad to see me, and he promised to call me again when needed.
I really enjoyed the trip and looked forward to the next opportunity, and it came up in the Spring of 1977. The Dartmouth Symphony was doing another concert, and this time I would be playing timpani. Mike Hanatschek would lead the percussion section – I think it included Schumann’s 4th Symphony and a work by Hohvanness, but I do know that it had quite a bit of percussion. In December of 1977, we performed Harold In Italy. And in the school season 1977-78, I served as an adjunct lecturer in percussion, where one of my first students was a fellow by the name of Harry Teahan, who later followed my path at Manhattan School of Music, studying with Dan Hinger and later becoming timpanist of first the Trondheim Symphony in Norway, and in 1995, timpanist of the Copenhagen Philharmonic/Tivoli Orchestra. The college owned a set of vintage Ludwig Symphony model timpani, which were in very good shape. I enjoyed playing on them. During this concert cycle, Guigui was better than his word and engaged me for the summer of 1977 as acting timpanist for the Vermont Symphony, and as principal percussionist and assistant timpanist for the fall season, as well as concerts with the Dartmouth Symphony. He really liked the way I played and he did his best to give me opportunities to play, for which I am eternally grateful. 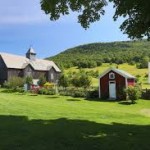 The summer of 1977 was very special for several reasons. The first was that I was to spend several weekends in Vermont as acting timpanist of the Vermont Symphony Orchestra. The orchestra played concerts all over the state in such cities as Burlington, Middlebury, Brandon, Stowe, Brattleboro, among others. I stayed with several different families that first summer season, which for the most part was conducted by the famed New York pops conductor Skitch Henderson (1918-2005). Guigui would conduct the last two concerts. It was an interesting season. I met several fine musicians, one of whom would be instrumental in helping me obtain my first timpani gig. Dave Cobb was principal bass of the Vermont Symphony and the Albany Symphony, and had played with the Dartmouth Symphony, which is where I first met him.
Dave and several other musicians got to know me fairly well and apparently they liked my playing, because they recommended me to the Albany Symphony Orchestra, which was looking for a timpanist during the summer of 1977. More on that later. I used the VSO’s Ludwig Professional Symphonic timpani. These were the types with the suspended bowl, one of the first that had that feature. Bill Sturandt, the VSO’s regular player kept them in good condition.

The program for the summer circuit of the VSO included Herold’s Overture to “Zampa”; Copland’s “Five American Songs” with Betty Allen as soloist, and Tchaikovsky’s 1812 Overture. The orchestra was excellent, and working with Skitch 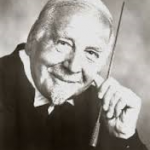 Henderson was a pleasure, He was thoroughly businesslike and a good musician. One of the concerts that we did took place at Essex Junction on the weekend of the Great Blackout of 1977, which affected most of New York City. I remember eating pizza at a restaurant on Columbus Avenue, near my apartment building, and as I finshed, watching the city go black, block after block. In any case, my own plans were very much affected. The original plan was for me to leave on Saturday – early enough to take a train up north and meet the orchestra manager, who would drive me to Essex Junction in good time for the evening concert. The blackout put my departure several hours behind schedule, and I arrived in Essex Junction, carrying my belongings in front of an already-gathered audience; the orchestra and Skitch were already in position, and patiently awaited my quick change behind the stage, and my arrival behind the timps. I made the concert, but just. I got a lot of teasing from Skitch at the time, but it was good –natured, and there was no ill will. (As a matter of fact he remembered it when we next met in Oslo in 1991!) Guigui was very different to work for. Professional, yes, but very dramatic in his conducting. He was a good musician, and it was due in large part to him that I began my musical career. Dave Cobb was another who furthered my career by putting me in touch with the Albany Symphony. I’ll tell that story in the next blog post.