My Instruments – Timpani Sticks| Part One

In my previous blog post, I talked about my experiences with the Vermont Symphony and Dartmouth College. In looking back over these experiences, I remember these as a most fruitful period of my early musical career, and it turned out to be the foundation of all that followed. Efrain Guigui (1926-2007) was the first conductor who noticed my abilities as a timpanist and percussionist and put them to good use. I served in the Vermont Symphony from the summer of 1977 until the early spring of 1979. I had many good experiences with the VSO. Most of it was as principal percussionist during the regular season, when Bill Sturandt, the VSO’s regular timpanist returned to duty. I played timpani on the occasional concerto and in the summers, but most of the parts were taken by Bill.
During my first summer with the VSO, as I reported in Part Thirteen, Dave Cobb, the VSO’s principal bassist, told me that the Albany Symphony Orchestra was looking for a principal timpanist. Their previous player, Dick Albagli, left the orchestra to pursue a graduate degree, and they were searching for a replacement. He encouraged me to apply for the position, and promised to give me a good recommendation. He turned out to be as good as his word. I remember having long talks with him over this situation, and I admit to being reluctant to pursue the issue at first. I had a good day job in New York, and had these opportunities with the VSO and Dartmouth. And this would involve me moving from New York City.
By this time, I had moved from 40 W. 84th Street to a smaller studio at 96th Street and Central Park West. I was getting used to it, and was also beginning to play concerts and rehearsal with the National Orchestral Association. I had auditioned for the group in the summer of 1976, and won the position of alternate. I actually played several rehearsals and a concert with them, and had the possibility of a lot more. I had all this to consider. However, I decided to take the plunge, and indicated my interest by sending them a letter with a one page resume. 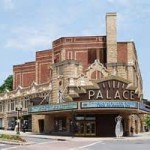 The VSO summer season ended in mid-July, and I received a positive response to my letter of interest and resume, and was invited to audition for the orchestra on August 8, 1977. The audition was to be held at Albany’s Palace Theater at 19 Clinton Ave. The orchestra had its offices in an adjoining wing, and the theater was the main venue for its concert season. They also did a concert series in nearby Troy, performing at the acoustically perfect Troy Savings Bank Music Hall.
The repertoire for the audition consisted of material that was to be played in the upcoming season. Beethoven’s Eighth Symphony, Orff’s “Carmina Burana”, Elgar’s “Enigma” Variations were part of the audition. I arrived at the theater in good time to get myself ready for the audition. The audition committee consisted of the music director, Julius Hegyi; Concertmaster Leo Mahigian; and I think Harriet Thomas, the orchestra’s personnel manager. There were several orchestral musicians seated in the theater, and the drums were set up on stage, along with the required stool and music stands.
Maestro Hegyi ran the audition himself, and was all-business like. The drums were horrible. I mentioned earlier that the ASO had a set of 1950’s era Ludwig Symphony model timpani. Three of the drums were in reasonably good shape – they had a reasonable tone – but the 28 inch was almost unusable. I kept my mouth shut, and proceeded to show that I knew what I was about. 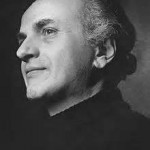 Julius Hegyi was demanding, and had me go through the first movement of the Beethoven several times, making sure that I could get the proper phrasing, and he did the same with all the other excerpts.
I did the best I could on those instruments, although I groaned inwardly every time that I had to use the 28 inch instrument. I wondered how anybody could make sense out of anything played on that drum!
I must have convinced them, because I was hired on the spot. I could hardly believe it, what with those awful instruments. However, I was told to be ready for the first services in early October. It was a rehearsal and concert at Hudson Valley Community College in Troy, NY. The program was a difficult one, and included Creston’s “Invocation and Dance”, and Rachmaninoff’s “Symphonic Dances”, one of his masterpieces. Needless to see I walked on air and could hardly wait to get home and tell the folks and my friends. It seems that August 8, 1977 – my sister’s seventh wedding anniversary – was my lucky day!

Unusually for the ASO, the first services of the season were associated with a run-out concert. This took place at the Hudson Valley Community College in the neighboring city of Troy, N.Y. I had by this time severed my connections with New York City, closed out my apartment and moved to Albany, NY. I rented a room in what was essentially a boarding house at 137 New Scotland Avenue, just a few blocks away from both Washington Park and the Albany Medical Center. It was a daunting period for me, as I knew no one and was on my own. Luckily, there was a deli, a mom and pop breakfast and lunch diner, and a laundry quite close. My room wasn’t too bad, but the prospect of sharing a bathroom with several other boarders was not too appealing, especially since the lady down the hall washed and dried her clothing and stockings in the bathroom. I did not have a car at this time, as I did not have a license. So, I was pretty much dependent on the public transportation system, known as the Capital District Transportation Authority. It actually was pretty reliable and I could generally get to where I needed to go without a problem. I was fortunate in the case of the run-out concert that I was able to get a ride to and from the venue with one of the musicians.
I was a little nervous before this concert as there were a number of firsts for me: The first time actually playing with the Albany Symphony Orchestra; the first time working under their demanding music director, Julius Hegyi. I had heard a lot of things about him from Dave Cobb, most of them very good. However, he also filled me in on how demanding he could be.
At this point, he was midway through his 23-year tenure as music director. He was at this time 54 years old, tall, athletic in build and bald, with a thick ring of curly white hair. He was a distinguished violinist of note, an extremely good conductor and very businesslike and professional in the way he ran rehearsals. He was very efficient and had the orchestra playing at a very high professional level. If he liked what you did, you could do no wrong. If he didn’t like what you were you were doing, he could ride you and make things unpleasant.

When I got to the venue, I set up and got the drums ready for rehearsal, after greeting my colleagues Dave Bittner, Barry Richman, and a young student called Joe Bonville. Dave was acting as principal percussionist, and Joe was one of his students, filling the third percussionist’s spot. Maestro Hegyi opened the dress rehearsal with the Rachmaninoff Symphonic Dances. In the opening movement, near the beginning, there are a few loud solo interjections from the timpani, and I gave it all I got. The maestro was apparently waiting for it, and when he heard it, I got the biggest smile I had ever seen from anyone. I had apparently won his approval from that time on. The rest of the rehearsal went well, even though it was hard going to get anything from those timpani. The concert was equally successful, and I remember that it concluded with a performance of Ravel’s Bolero. I received congrats from my colleagues, and got the thumbs up from the maestro. This was an auspicious beginning to my Albany Symphony career.